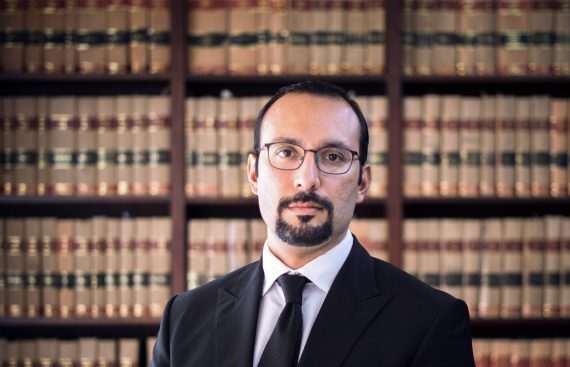 Mian Sami ud-Din is a Partner at the law firm Bhandari Naqvi Riaz (BNR). He is a qualified Barrister (unregistered) having been called to the bar by the Honourable Society of Lincoln’s Inn and an Advocate of the High Courts of Pakistan. He has a broad commercial practice of contentious and non-contentious work.

On the contentious side, he acts as counsel in commercial dispute matters and appears regularly before the High Courts in Pakistan. He also has in-depth experience in international arbitration and has acted as counsel and advised in matters under the LCIA, ICC, SIAC, UNICTRAL and ICSID rules.

As part of his non-contentious practice he advises clients on corporate transactions, regulatory compliance and general business advice in the Technology, Media and Telecommunication sector and the Finance sector.

He is ranked by the international directory Chambers and Partners as an “Up and Coming” practitioner in General Commercial Dispute Resolution in Pakistan. Client feedback noted by Chambers and Partners say that he has a “‘very masterful understanding of disputes matters,’” and describe him as “‘an excellent arbitration lawyer’”.

Sami also takes appointments as an arbitrator and is a Fellow of the Chartered Institute of Arbitrators, UK. He is also on the panel of arbitrators of the SAARC Arbitration Council, nominated by the Government of Pakistan. He is also appointed by the Pakistan Rugby Union as its Judicial Officer and hears disciplinary matters arising out of the game of rugby and official matches played in Pakistan under the World Rugby Regulations.

He has previously worked in a reputable firm in London for over two years focusing on high value commercial litigation and arbitration matters, including off-shore litigation taking place in the British Overseas Territories. Prior to BNR Sami also worked at a leading law firm in Islamabad where he headed the Litigation department.